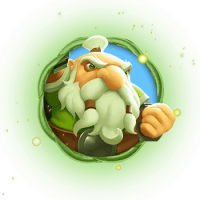 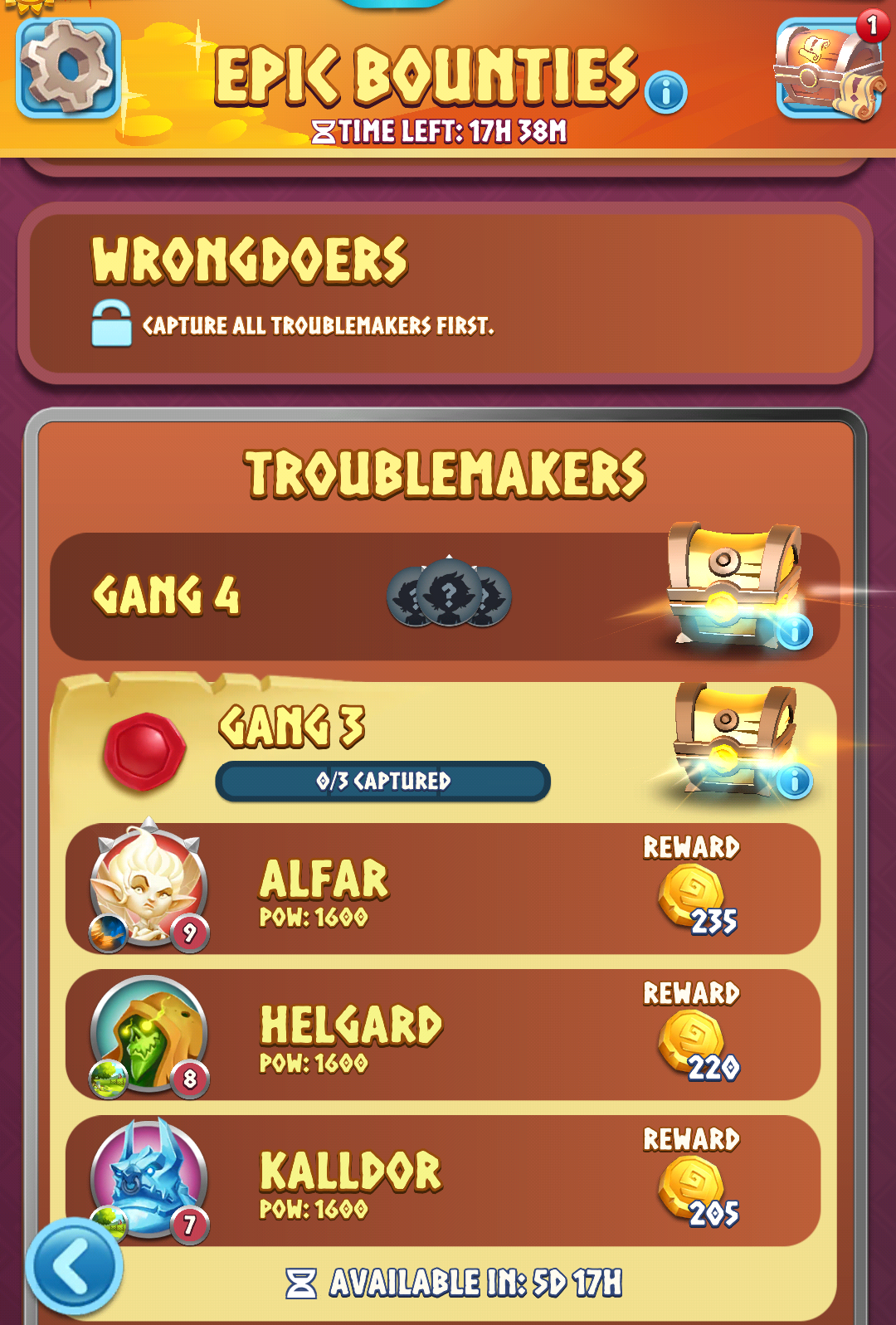 Almost 6 days on that timer!

Yup, I'm a little frustrated to say the least... feeling I made the wrong choice by updating to the new Treasure Caves and Bounties.

After putting in a whole lotta time and effort to defeat Vile Villians Gang 4, I'm way down here at Troublemakers.  Woo hoo 350 gold in them thar chests compared to almost 6000 in the old Vile Villians Gang 4 chest, not to mention the over 1500 gold for beating each gang team.

How about Snowprint giving me a chance  to at least get to a decent level.

Please turn them silly little timers off for at least a month so I can at least work my buffs off to get a fairly decent level.

The current set up is truly testing my patience, and I have more patience than most.
June 2019
0