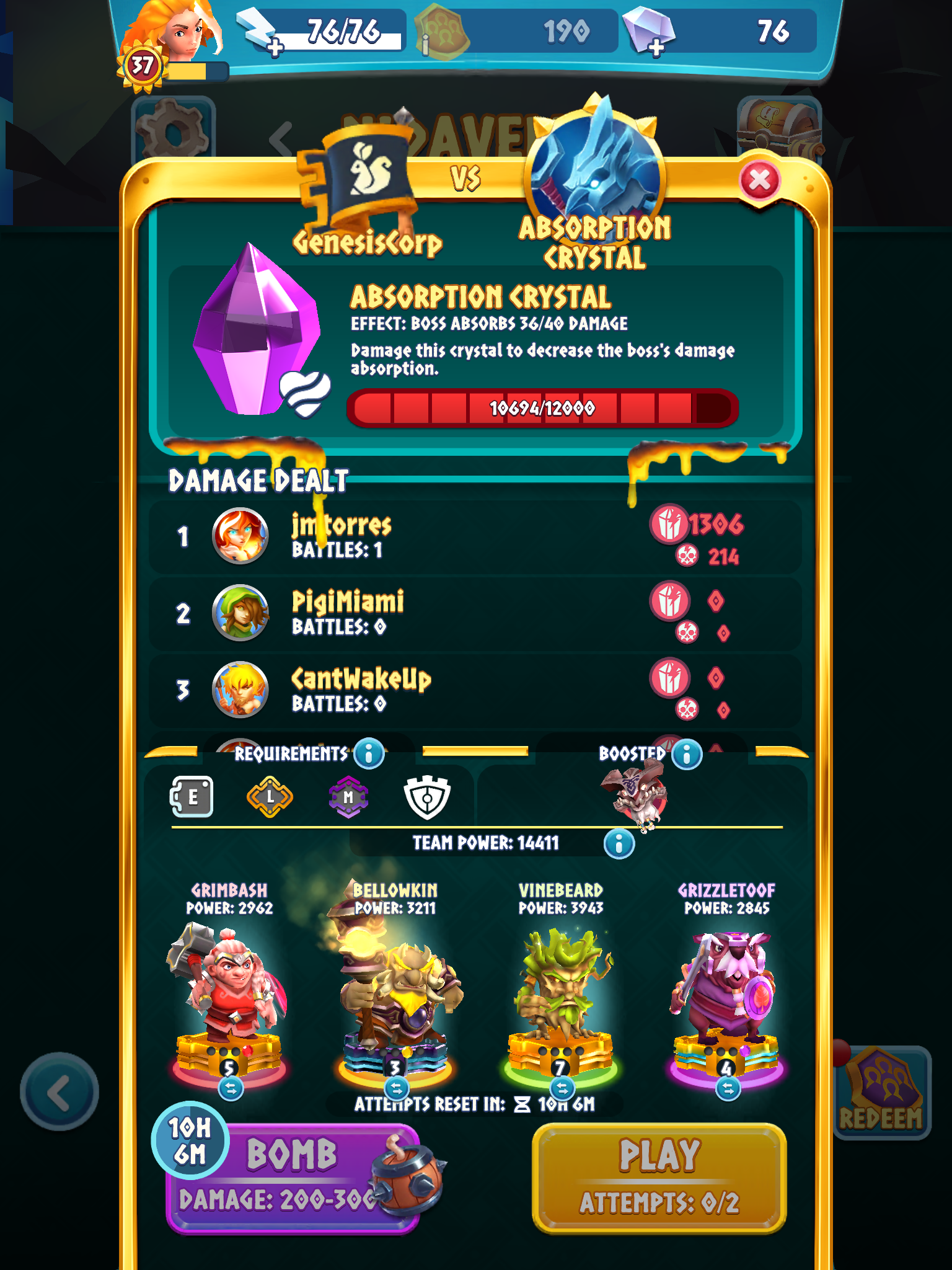 so I used both my battle attempts in the dungeon against the absorption crystal (and threw a bomb at the boss). the first battle went fine, normal, 1306 damage. the second attempt, after 1 round before I'd gotten any damage in, told me "Turn limit reached! you're a true survivor!" You can see both my attempts are used up for the day but damage dealt only shows me as having fought one battle. Is this a known issue?
May 31
0
Sign In or Register to comment.