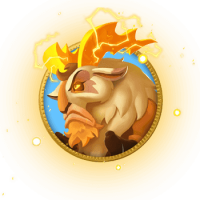 Sleipnir
July 2019 in Strategy
Is it just me, or is anyone else suffering from a lack of luck since the new upgrade? I am getting annihilated in HA and HC, my opponent will always get draw which give great combination possibilities while I get the most awful draws, sometimes not even a barrier is possible. Also, it seems to be taking longer to charge up the sun spear although maybe that’s because I’m struggling to combine creatures!
July 2019
1