What is the point?

Trotter71
June 2019 in Discussions
I’d post this on FB but lets be honest... Other than posts recruiting for spots where someone left a “TOP #” guild because they’ve poured money into a game that took their money then... well reversed any gain they paid for so they would pour more money into the now crash prone harvest coin store on a timer.

Mods advocating the greatness of the potential impact of the update labeled redesign that may or may not at some point affect the unreleased but still in the realm of possibility next update while reminding that the “devs are watching” as well as “the big boss” so don’t post your anger or frustration with the game destroying revamp because the devs are sensitive to truthful feedback and the new big boss might actually see why the game is now the equivalent to GoT s7 AND 8.

Then of course you have the band members (those who want to sit at the cool kid lunch table) who serve no other purpose than to ride in the wagon and flame spray detractors and dev-praise them out. These folks post pictures of their loot hauls from the multitude of games now creature specific, that they have and have completely maxed out. You know these guys... they will hi-light your criticism by informing everyone you are complaining... oh and they love the game, the update, the powerfulness of their power and of course... the devs. It’s like a room full of hand raised pick me-ers vying for the virtual love and adoration that can only come from obtaining the elusive, yet completely void of value, rat point or whatever title the scooby snack pat on the head is called.

At this point its probably entered your mind that Im not loving this update. Why waste the time to post? Because my time has been wasted... as well as yours. I am level 21... Im not eligible for Legendary TC because.... guess what... I don’t have the required team. This is the result of still hanging in there even though I spent months building different teams of the various creatures that I felt worked well to achieve what I needed in a range of scenarios. Now? Nope. I can only play where Im eligible and only with the team that the devs allow. These creatures are the most expensive to update both with gold and dust. They, in most cases, are the least powerful and produce the least positive results. TC that require creatures with 2-3 turn holds... genius! Better yet TC that do you the solid of telling you in advance you can get in but you aren’t leaving with anything... priceless. 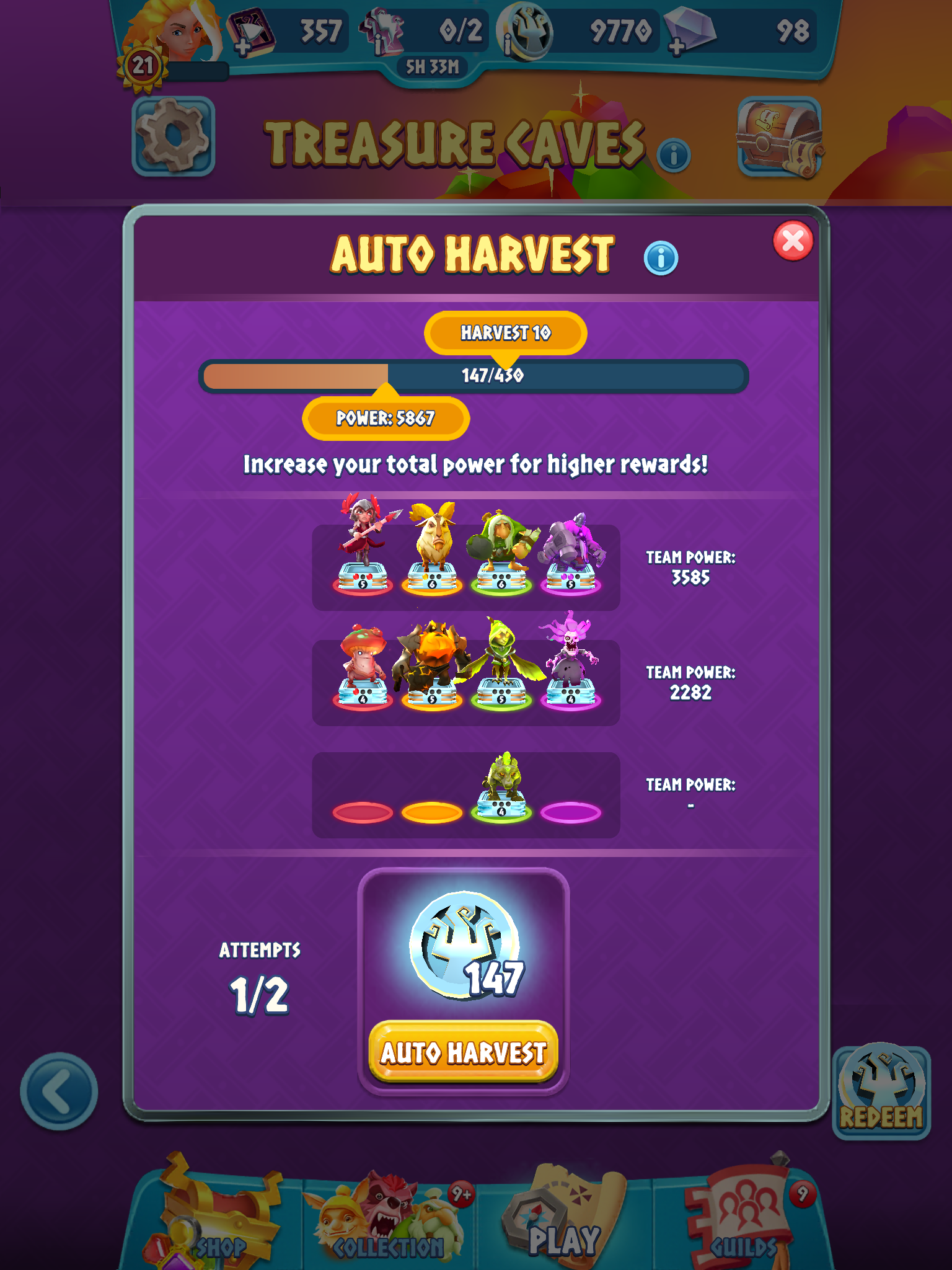