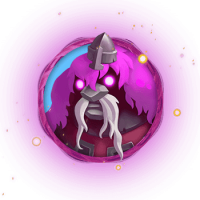 Denzik
January 2019 edited January 2019 in Ideas
I've always wondered the difference here to why some skills trigger in one scenario but not another.

There are different interactions with triggering skills and the merging of minions.

Scenario #1: Common Merge
- When Minions are merged You will trigger "On-Combine" skills (Valkyrie will Fire Arrows, Grimchop will throw shields, and Cracklehoof will Smite with Lightning bolts)
Scenario #2: Combined Minion Merged into Combined Minion
- You Will trigger Skills when you take minions and first combine them. However, if you happen to have a matching already combined minion at the front of the board, that is the same as the minion you just combined, the Minion will cascade forward and "Merge" into the minion at the front. However when this happens the Minion only receives an increase in strength, but no skills are Triggered.
Scenario #3: Combine Minion into Common Merge.
- When combining a minion a Skill with Trigger, however if you combined in a column where your front 2 rows contain uncombined minions that match the Just Combined minion in the back your minion will cascade forward to the front of the row. The 2x uncombined minions will then auto-cascade into the matching minion performing a "Common Merge". When this happens you get 2x Activations of Skills. Once on Combining the minion and then once on the Cascade into a Common Merge.

I'm curious why, when 2x Combined Minions are Merged into each other (Scenario #3) at the front of the Board, do skills Not Trigger? Seems like you are performing a merge of some sorts, as minions receive strength bonuses just like performing a "Common Merge", but skill are not triggered.